“We decided to name our exhibition Gapuwiyak Calling because we’re calling you through our phones, calling so you can connect to us. We’re grabbing hold of new possibilities using these little things. Maybe you’ll answer us?”.

A long time ago in the stringy bark forests around Gapuwiyak a mokuy (ancestral trickster spirit) named Murayana Ganbulapula Yangbulu Burrulurrpulu made a special sound with his dhadhalal (didgeridoo). Echoing across the land, signalling back and forth, this sound moved the people. It reached all the clans, drawing everyone together for ceremony.

In this exhibition the dhadhalal calls to people and places far beyond Arnhem Land. No matter if you’re European, Chinese, Tahitian, African, Indian, Aboriginal … this sound can connect us all together. Just like mobile phones!

Modern Yolŋu live in a very different world to that of the old people. Phones are everywhere. We use them out hunting, even in ceremonies. We watch YouTube, search Google, send photos, texts and video calls; we organise banking, holidays and rituals, all through the phone. With the phones we also create new kinds of gamunungu (art) and bungul (dance).

We curated this exhibition to share Yolŋu life. We want to show that our young people are smart. They can use phones to make us laugh—and also to strengthen kinship and culture.

We named our show Gapuwiyak Calling because now we’re calling you through our phones, calling so you can connect to us. We’re grabbing hold of new possibilities using these little things. Maybe you’ll answer us?

For live updates on our exhibitions and behind the scenes sneak peaks into our projects, visit us on Instagram.

Sunsets are the time for missing and thinking and 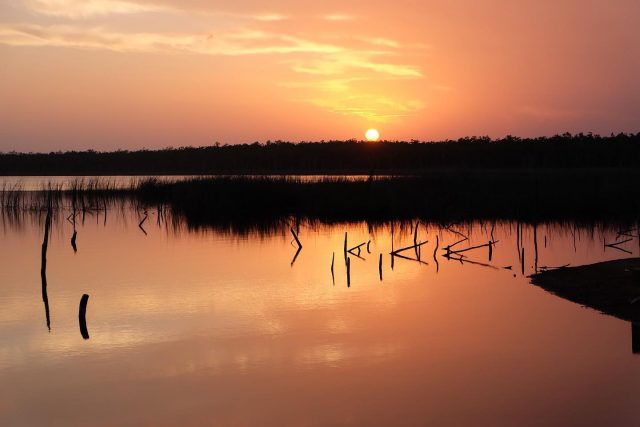 & that’s a wrap on another NAIDOC Week & a very 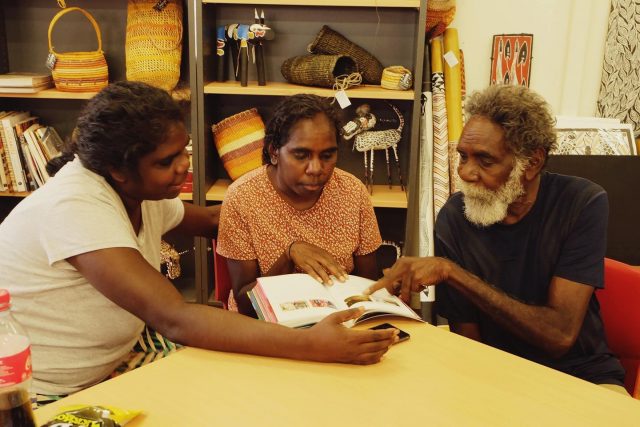 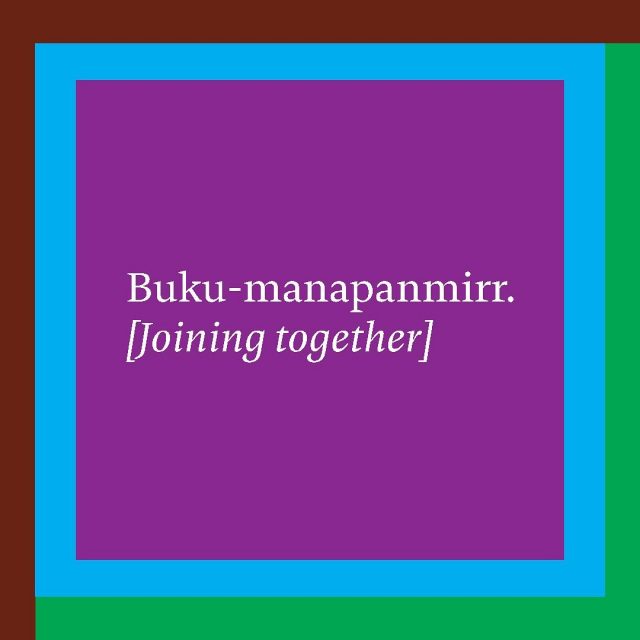 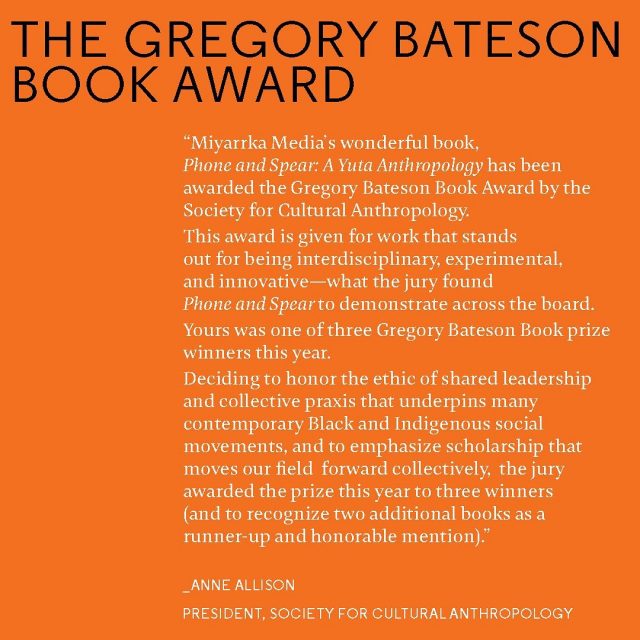 Warren explains the image behind the design for ou 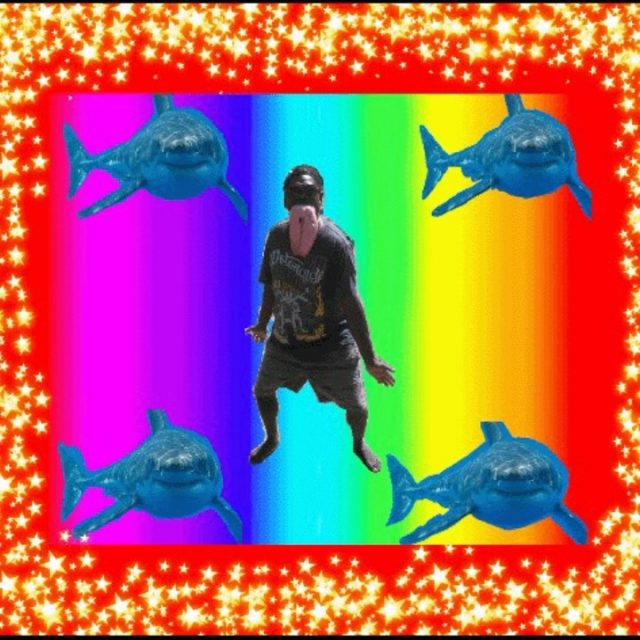 It’s NAIDOC week & we’re going to be talking a 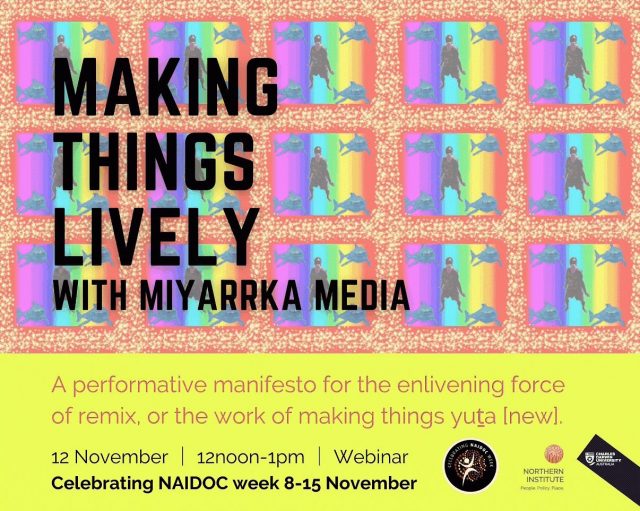 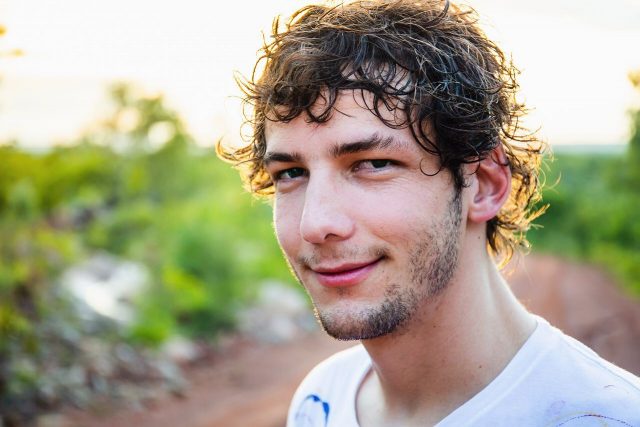 “Brown is for me.  It is the colour of guku [b 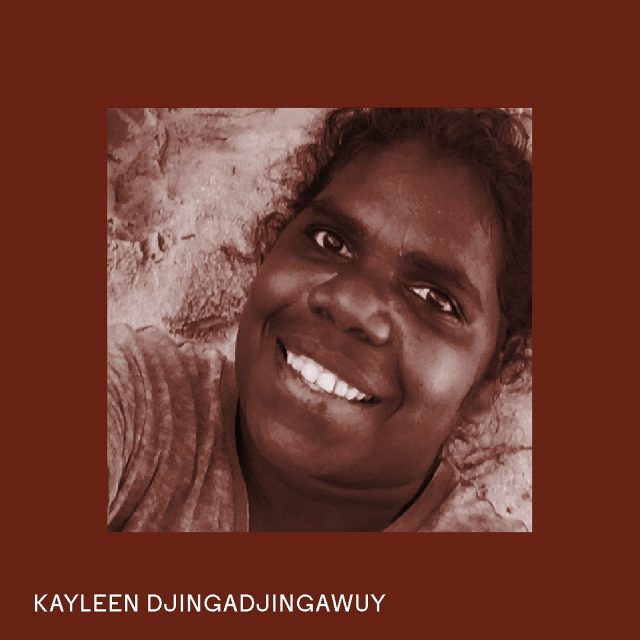